Our mission is to produce classical plays with diverse casts of women and non-binary people, re-imagining these works for a contemporary audience.
​
Our work is text centered, highly physical and visually imaginative. Our process centers the experiences of women in the world. We create opportunities for cis gendered women, trans women, and non binary people in our commitment to include artists who have been traditionally marginalized by the very male Shakespearean canon.

Our goal is to connect with modern audiences by viewing these works through a new lens. 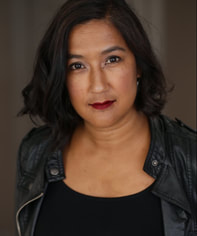 Rosa Joshi is a director, producer and educator who has been living and working in Seattle since 1994.  Her directing experience spans from Shakespeare to modern classics and contemporary work.  Throughout her career she has been committed to creating work independently through self-producing and in 2006 she co-founded upstart crow collective.  Rosa is on the faculty and currently the Chair of Performing Arts and Arts Leadership at Seattle University.
Shakespeare: Richard III, Bring Down the House (upstart crow and Seattle Shakespeare Company), Titus Andronicus and King John (upstart crow);  As You Like It, Henry V (Oregon Shakespeare Festival); Richard II (Seattle Shakespeare Company); Twelfth Night (Centerstage); Much Ado About Nothing (New City Theater); Hamlet, A Midsummer Night’s Dream and The Tempest (Seattle University). Other: John Baxter is a Switch Hitter (Intiman Theatre Festival); Brecht’s Life of Galileo (Strawberry Theatre Workshop); Fen by Caryl Churchill (New City Theater); Vinegar Tom by Caryl Churchill.

"I'm a text-based director with a conceptual and abstract visual sensibility.   I'm particularly drawn to dense, poetic texts that embrace the transformational and symbolic power of theatre.  Shakespeare is my great passion -- I'm always looking for what is relevant, fresh and immediate in the classical cannon for a contemporary audience: as a director who loves classical work, I'm obsessive about asking: why this play, why now? " 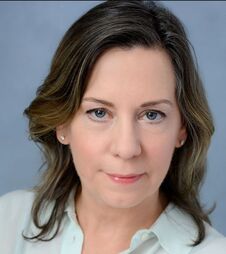 Kate Wisniewski decided to find a way to produce an all-female production of one of Shakespeare’s history plays after becoming frustrated with the lack of opportunities for women in the great classical plays. Along with the collaboration of Betsy and Rosa, upstart crow, became the fruition of that frustration! Kate has been featured in upstart crow’s productions as Margaret in Richard III​ and Bring Down the House, Marcus in Titus Andronicus and Lewis in King John. She has appeared in Seattle theatre at Seattle Shakespeare Company/Wooden O, Intiman, ACT, Book-It Repertory Theatre, Empty Space, Tacoma Actors Guild, New Century Theatre, New City Theatre and regionally at the American Repertory Theatre. Besides the Shakespeare roles she has played for upstart crow, Kate has had the great pleasure to play; Rosalind, Viola, Emilia, Ariel, both Dromios, Ursala, and the Duchesses of Gloucester and York.  Kate is a graduate of the American Repertory Theatre Institute at Harvard and is an adjunct faculty member of the Seattle University Performing Arts and Arts Leadership Department. A Certified Fitzmaurice Voicework instructor Kate’s voice over work can be heard regionally and nationally in video games and commercials.

"A love of classical text brought me into the theatre in the first place. These plays may have been originally written and performed by men, but when viewed through the lens of women’s voices and points of view their vast landscape can open even further."

Betsy Schwartz is local actor and producer who has been living and working in the Puget Sound region since 1994. She is one of the co-founders of upstart crow collective and appeared as Arthur in the collective’s inaugural production of Shakespeare’s King John as well as Henry VI in Bring Down the House and Eliabeth in ​ Richard III. Regional credits include Ms. Linde in A Doll’s House and Lady Teazle in The School for Scandal(Seattle Shakespeare Company), Viola in Twelfth Night(Sun Valley Shakespeare Festival and New City Theatre Company),  and Rosalind in As You Like It(Wooden O).  In addition to her classical work, Betsy is a founding company member of New Century Theatre Company and was recently awarded a Seattle Times Footlight Award, a Gypsy Lee Rose Lee Award, and a Gregory Award nomination for her work in NCTC’s 2014 production of Tails of Wasps.

“As an actor, my favorite work by far is that of the classics, and in particular, Shakespeare. However, it’s a common refrain that as a woman, opportunities in these plays are few and far between because of the ratio of traditionally cast male roles to female roles.  The issue of gender and casting is one that fascinates and challenges me, and I think there is no better playwright through which to explore that issue than Shakespeare.”
ARTISTS WHO HAVE WORKED WITH US INCLUDE: